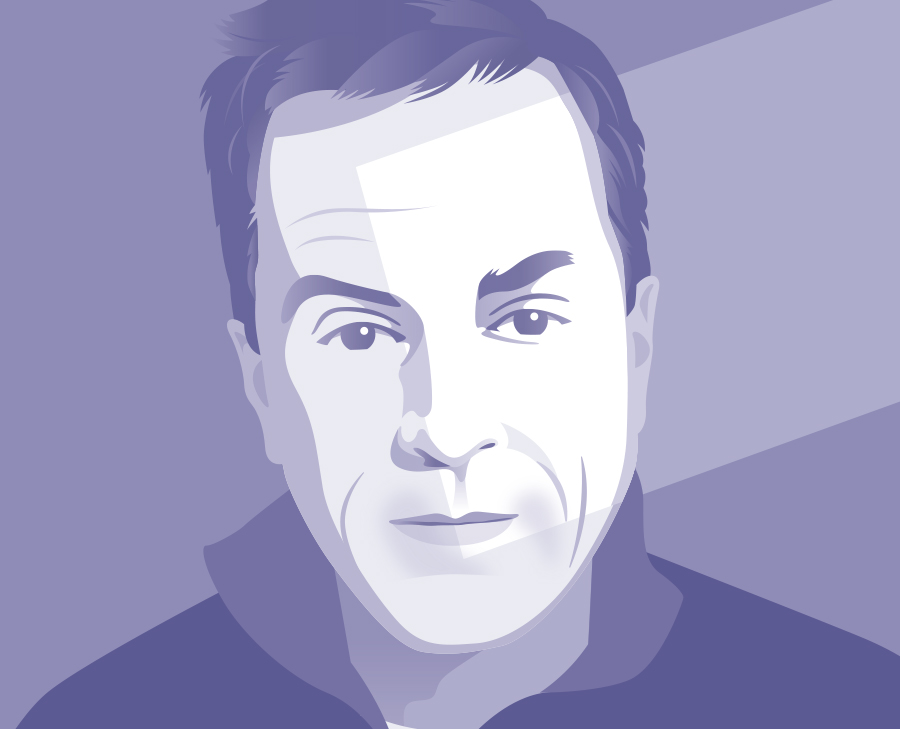 Despite my best efforts to remain anonymous, occasionally my identity as a cartoonist will somehow get leaked to the general public. Most likely it’s due to a cartoon that’s been published with my name written in the bottom right-hand corner.

My reluctance to being discovered stems not from a fear of being associated with crudely drawn “funnies” or having to explain an incongruous caption, but because someone will inevitably ask, “Where do you get your ideas?” To avoid having to answer the question, I make it a rule to decline invitations to all social gatherings – hoedowns, parole hearings, cocktail parties – and am therefore more or less forced to drink cocktails alone in a dark corner of my basement.

Of course I wish my basement-bingeing utopia could last forever, but I do realize that there may be times when I’m forced to surface for some obligatory engagement with the hoi polloi. So I’ll go ahead and share some of my prepared answers – just in case I’m ambushed:

“I specialize in cartoons that have no idea.”

“Same as everyone else: from listening to Beatles records backwards.”

“I spent six years stranded on a desert island.”

“Most come from Walmart, but the good ones come from Neiman Marcus.”

I’ve even tried pleading the fifth, until my lawyer advised that it carries little weight outside of a court of law. So I’ve employed another strategy that has proven quite useful: I now make it a point to purposefully leave the stove on when I leave the house – just so I’ll have a handy excuse if I ever need to make a quick escape from some genial cookies-and-tea get-together.

The truth is, ideas are like brown marmorated stink bugs: They’re everywhere, but no one knows where they come from.

“Meeting David for the first time, I remember how low-key and soft-spoken he was. We had an in-house assignment for him and I asked how much the Journal of Business pays for his bi-monthly cartoons. I was determined to surpass their fee, so we agreed to $51 each for five cartoons – a full dollar more than the JOB pays him. We were both delighted.”