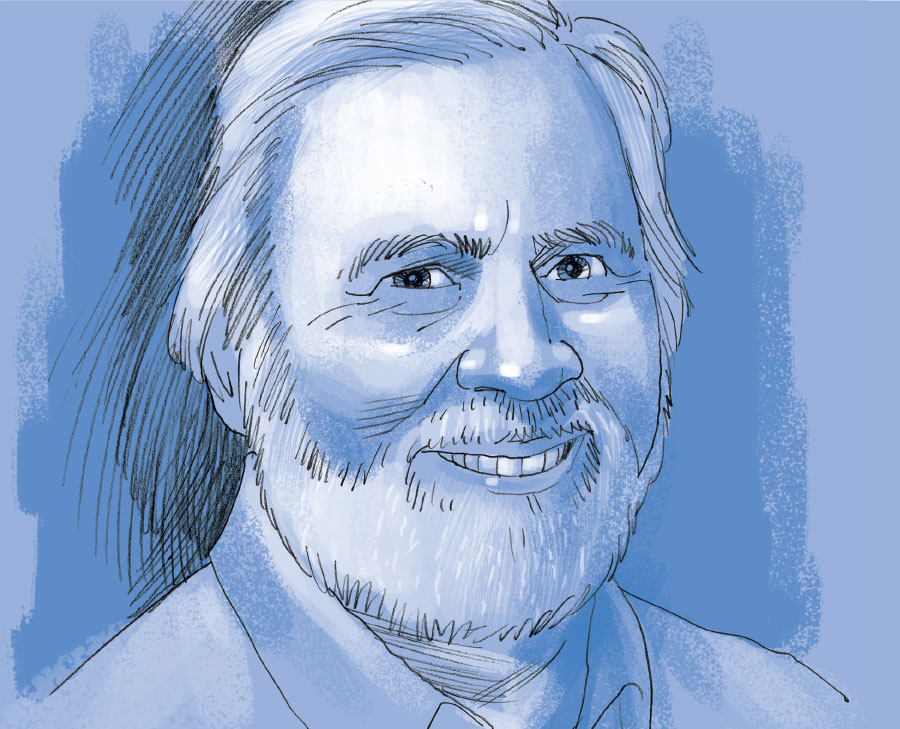 Growing up on a farm, it didn’t take long to learn that it’s a challenging way to make a living. Weather, plant disease, pests, fluctuating commodity prices, high operating costs, and government oversight are just a few of the adversities you face every day.

Several years ago my brothers Jerry and Jim were helping my father, Norman, work the family farm outside Colton, just south of Pullman – and they decided the operation needed a name. They landed on “Mraz Farms.” So, naturally, I told them, “Geez guys, if you’re going to have a name like that, you’re going to need a logo.”

The solution came to me in about 10 minutes. But back then – pre-computers – you had to draw and ink everything by hand, which took another day or two. I was so proud of the result, and I couldn’t wait for my dad to see it. He was never one to say much of anything, really, but every once in a while he would get this little grin, which was his own quiet way of showing affirmation. That was all I was hoping for. So I had a Photostat made of the new logo and dropped it in the mail. It was the afternoon of July 24, 1984.

That very night, my dad passed away of a heart attack at 61. He never got an opportunity to see what I’d come up with. A couple of days later, we had all gathered at the funeral home to manage those details you have to take care of when a family member passes. In my pocket was a copy of the logo. I carefully folded it up and slipped it into Dad’s suit pocket. Even though I wouldn’t be able to see that grin, I wanted to be sure he got another chance to see his new logo. I knew he’d like it.

The following year, the logo was selected by the American Advertising Federation as one of the top five logos in the five-state Northwest district. Mraz Farms: battle-tested, Norman-approved.

“One of the best compliments I’ve ever received was during my third year of design school at Spokane Falls Community College. On the back of one of my assignments, my instructor – John Mraz – wrote, “bitchin’ A+.” In 1988 we became business partners. Twenty years later he left the firm, but we still occasionally work together.”