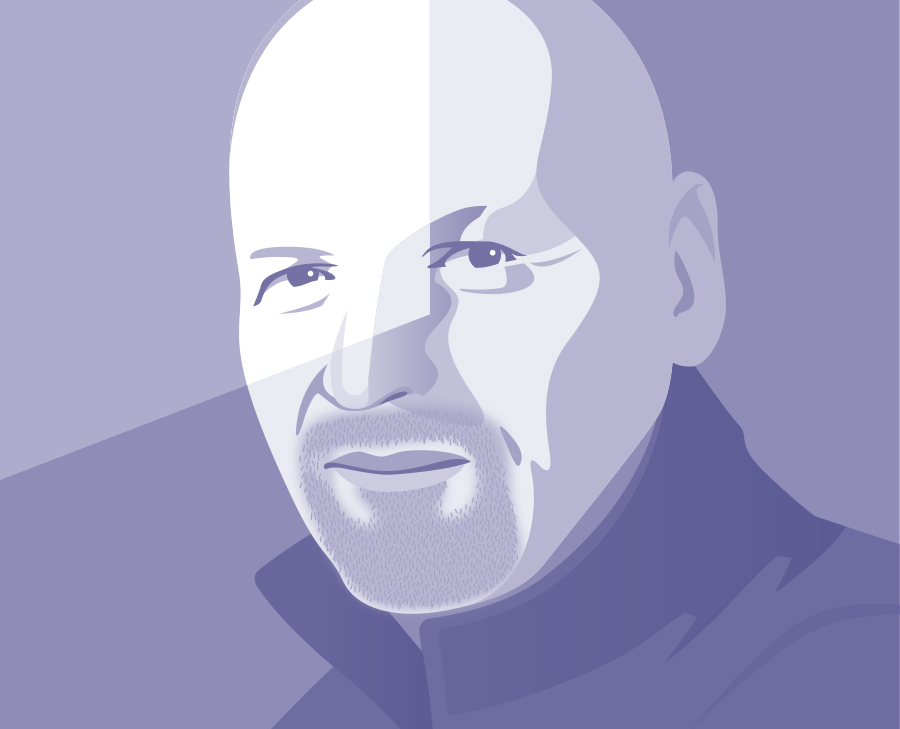 I’m in the Forbidden City in Beijing on a shoot, so I’m loaded down with a bunch of camera gear, and there’s all these students – a bunch of young girls in uniforms, mostly – and they’re all pointing at me and laughing. They’re running around me and snapping pictures and making these weird sounds. And they’re putting their hands up to their mouths and doing this little giggle. And I’m like, Okay, whatever, I’m the camera guy. Ha, ha.

On the same trip I sail to Busan, South Korea, and head north. I’m up at the DMZ, and once again, there’s all these kids making weird sounds at me. And I’m starting to wonder: Is it because I’m the camera guy?

The shoot’s over; I head back to the States. Twenty-four hours later I’m flying to Egypt for another project. I’m walking along these cobblestone streets in west Cairo, and no matter where I turn, there’s always like 20 kids chasing me. And they’re making the same sounds. This one kid is pulling me along and I’m like, “What are you saying?”

He leads me down an alley to a small building, and we walk into a room where all these people are staring at a tiny little black-and-white TV. Of course – of course! – they’re watching one of America’s finest cultural exports: WWF wrestling. And that’s when I understand what they’ve been saying this whole time: “Rrrrr! Steve Austin! Take down!”

But I’m still not making the connection. I’m like, “What are you talking about, ‘take down?’” And the kid who led me to the TV points to me and says, “Rrrrr! Steve Austin! Take down!” It had never occurred to me until then, but apparently I really look like Steve Austin. So here I am, traveling from country to country – Asia, Middle East, doesn’t matter – and I’m thinking they’re making fun of the camera guy with all his gear. Nope. It’s because I look like Steve Austin.

“Serving at various times as camera crane operator, lighting consultant, and drone operator, Greg has been our partner on several video projects. We were on a road trip when I was captivated by his amazing tales of adventures in exotic locations. That’s when I first realized that sharing these collective stories might be interesting.”