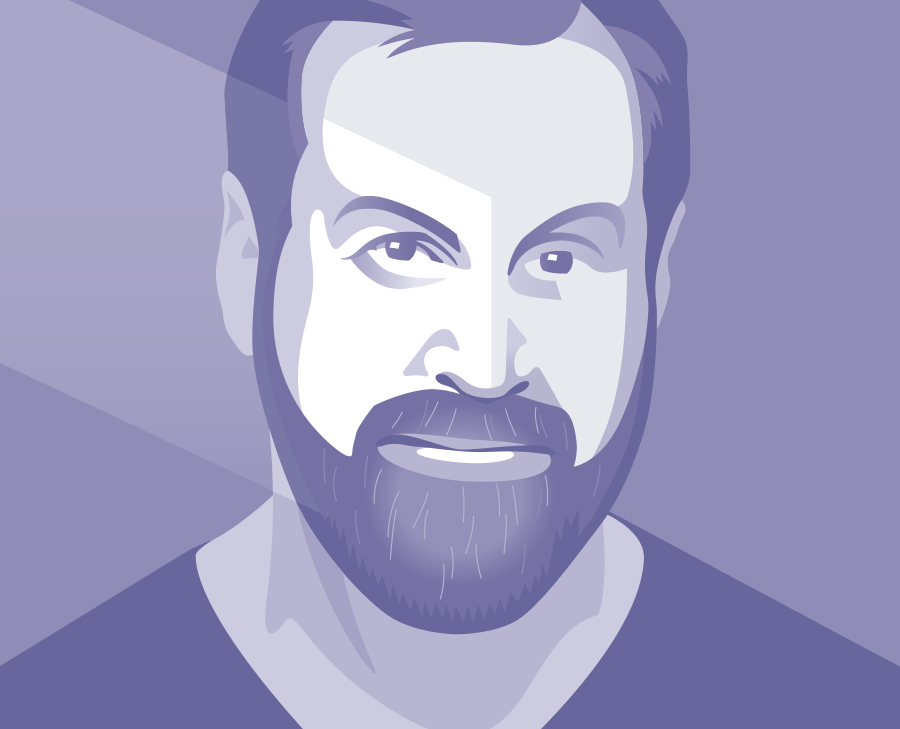 So I’m running camera for a Boise television network working a Boise State-University of Idaho football game at the Kibbie Dome. I’m operating one of the upper cameras – where the announcers are. It’s the first game of the year. The station’s sports director is the play-by-play guy, and they’d hired a former Boise State player – new to live TV – to be the color commentator.

Another camera guy’s shooting the announcers, and we’re rehearsing the opening. We’re trying to record the open so that we can play it back when the game goes live. My camera’s down within eyeshot of the other camera – about 20 or 30 yards away. So I’m watching. And every time they hit a certain spot in their script, the color commentator – the former football player – keeps messing up. This happens four, five, maybe six times, and we’re coming up on crunch time. So the producer and director decide to just do it live. And he’s cool with it. He says, “Yeah, I’ve got this.”

So we’re rolling. And everything’s going as rehearsed: “Hi everyone, welcome to the first game of the season,” you know. The usual stuff. The Boise State guy is even hitting his lines. At the exact same spot, he messes up. Again. And then he says it: “FUCK!!!”

Next thing you hear on the headsets is: “We’re live!” And the guy just turns white. He visibly shrinks. Without skipping a beat, the sports director says, “Well, that’s live TV for you, folks! We’ll be right back.” And we’re laughing like crazy behind our cameras. It’s all we could do. We go to a break, and everyone’s saying to him, “It’s good, you just have to settle down, it’ll be okay.”

Before we come back from break, the director says, “This is live TV, guys. We have to keep going.” So he apologized on the air. It didn’t matter, though. No matter how hard we tried, we couldn’t stop laughing. Literally. Our cameras were shaking the entire game.

“Jim’s one of the top talents in the industry. Besides having a good eye behind the camera, he can make anybody feel comfortable in front of it. Over the years, he’s worked in television for all major college and professional sports. Gifted with a beautiful tenor voice (he’s a member of the Spokane Symphony Chorale), Jim’s also an amazing stage actor.”