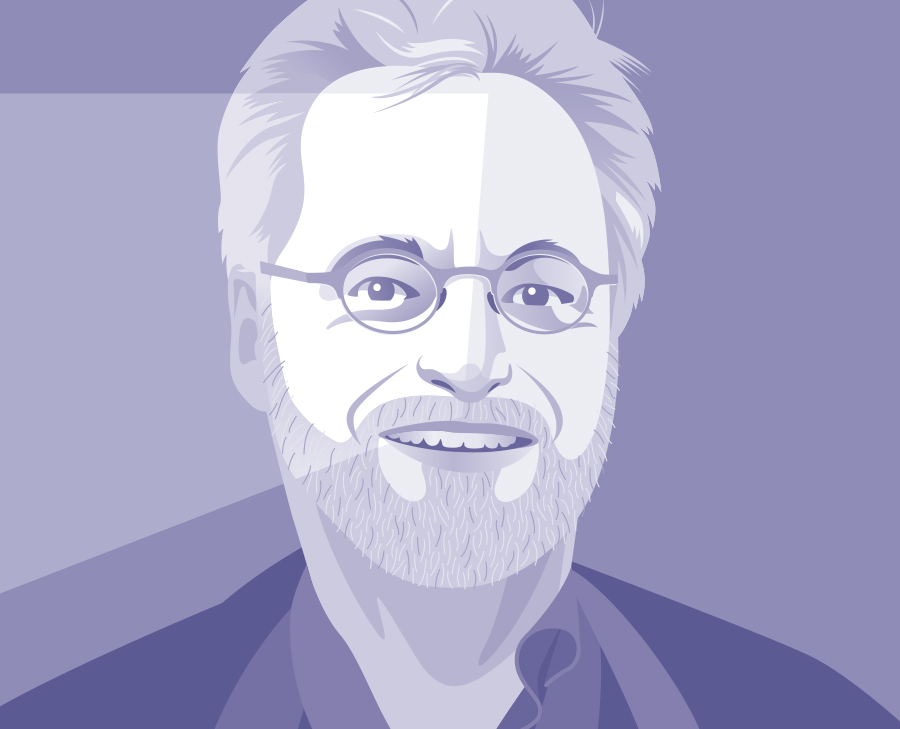 Washington Water Power annual report, early 1990s. I got hired to do the executive shoot at Templin’s Resort in Post Falls. It was scheduled for the last day of a three-day executive retreat. And we had 15 minutes.

We set up outside. I’ve got one huge light stand, another with a strobe, and then a backlight behind, all pretty high up in the air. I’ve got two cameras aimed, focused, and locked down on tripods. I’m gonna fire with this one and then move to the other one; generate as many frames as I can in the 15 minutes we have.

Just as the executives come out and start to line up, the sprinklers come on. My assistant has the presence of mind to throw a garbage can over the nearest one while the art director runs to find the groundskeeper, who gets the water shut off five minutes later. We’re burning time.

And then I notice the CFO’s wearing a brand-new pair of white sport shoes with new white socks. So our client lends him his own penny loafers (this is pre-Photoshop, after all, and it’s a full-length photo); that eats up another three minutes. Then the wind comes up and takes down the tallest, biggest light stand. I race over and put it back together with gaffer tape. 10 minutes into our 15-minute shoot and we haven’t even shot a single frame.

Finally I start cranking off shots. I’m using a 2¼” Hasselblad – the kind you have to wind after every shot. And I’m pushing it. We’re a minute over our allotted time and the CEO says, “Thanks a lot, gentlemen.” And that was it. I got one roll of 12 and about three frames on the second, and maybe half a roll of 35 mm.

But I got the shot.

“We’re in South Lake Tahoe. 1991. Just Craig and me. We figure a sunset shot of the lake is best, so we find the highest point around – trespass on private property, climb over fences, hike up steep hills – and find the perfect spot. But now we have to find our way back, in the dark, with all Craig’s gear. And without a flashlight. It took a while.”