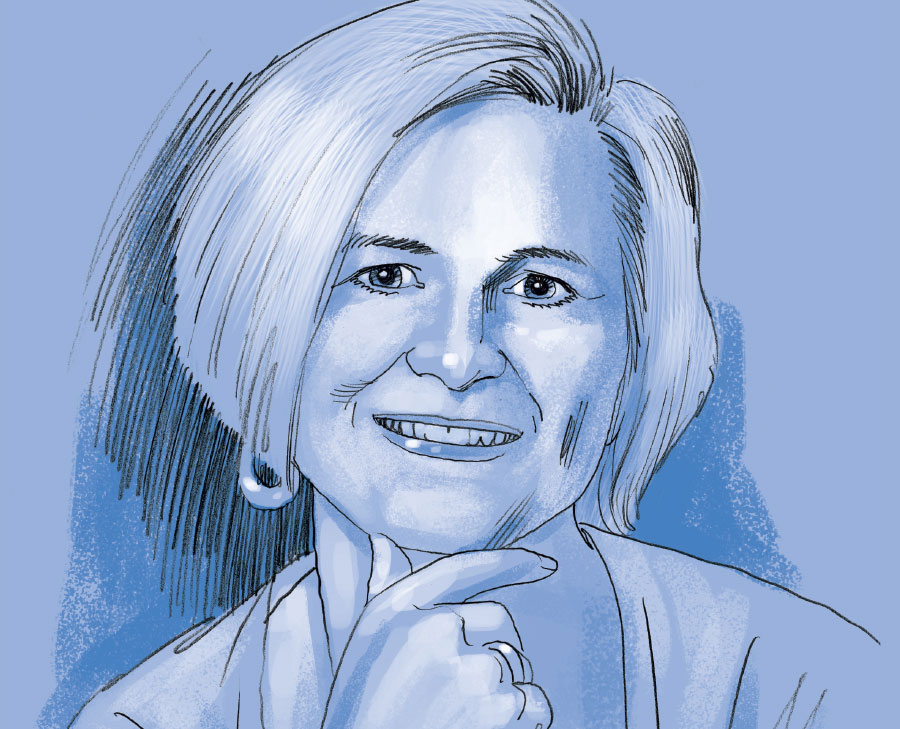 As a family, we like to play Scribbles. We made it up. I mean, we’re designers: We’re not going to play someone else’s games, for God’s sake.

It all started back when CK and I were dating. We were at a McDonalds having a little snack, and one of us – I can’t remember who, exactly – drew a little scribble on a napkin, turned it around, gave the pen to the other person, and said, “Make something.” And we didn’t stop. In fact, I’ve saved a lot of those early ones.

Now it’s our entire family. Someone draws a little scribble. Doesn’t matter what – it could be some weird, crazy-eight thing; it could be a straight line; it could be a circle; it could be anything you want. Then the other person has to make something intelligible out of it. The only step we’ve added is that, after one person is done with the drawing, we’ll go back and highlight the original scribble.

And, you know, we’re the Andersons. We don’t do anything half-assed. Any one of us will take a random line and maybe, I don’t know, turn it into a landscape. Now it’s a landscape in a frame, on a gallery wall, with a patron studying it while sipping from a glass of champagne. I mean, that’s how we roll.

I really think it’s kind of an interesting exercise for your brain. What’s amazing to me is the idea that your mind can take a look at something extremely abstract, and, because of your unique perspective and memories and life experiences, turn it into something else. Like back when we were kids, and you’d lay your head on the ground and watch the clouds go by. That’s a pig with wings, you’d think, or That’s George Washington on the dollar bill. Scribbles!

“My favorite and most important collaborator. When Linda left the corporate marketing world in 2009, she started her own company and moved into one of my offices. She enjoys free rent, admin services, and daily Starbucks. And it’s worth it. Not only is she engaged in our firm’s projects, she also offers a friendly ear to my much-needed business-owner therapy sessions.”