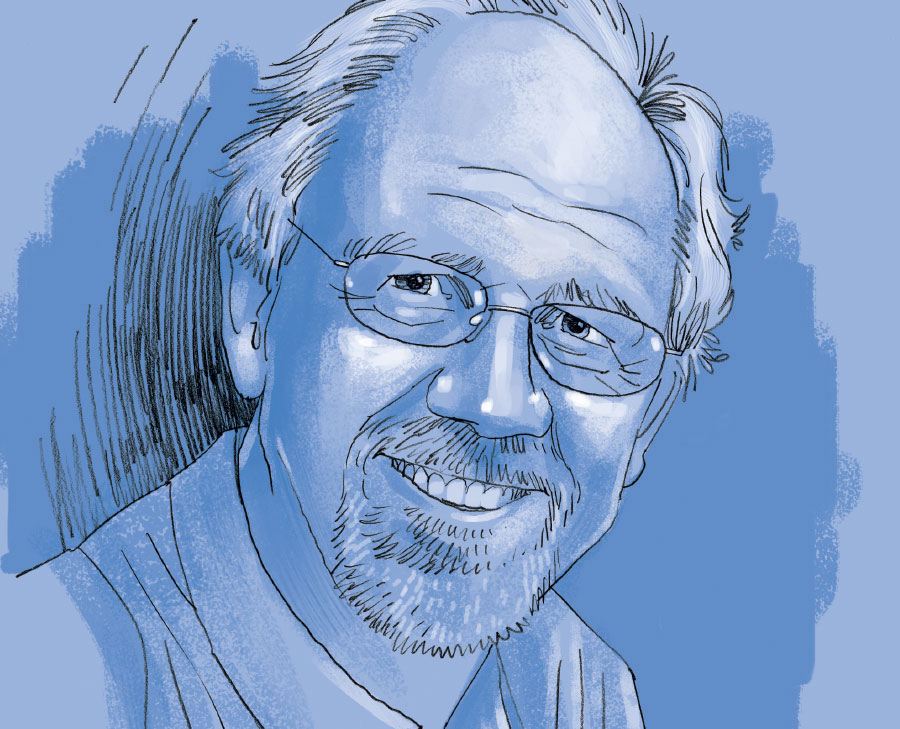 Harold Balazs and I had partnered on a sculpture garden for an elementary school near Fairbanks, Alaska. My contribution included a life-size bronze, Sedna the Mermaid, and I was there to install her. She’d arrived by truck, and she was heavy. So I found a janitor who could help me unload her. Together, we got the crate onto the ground. As we started to unpack it, he took one look inside and blurted out, “You can see her goddamn tits!” Right then, I knew I was in trouble.

Even though the selection committee had signed off on it, I figured I’d better tie some black plastic sheeting over the offending parts so nobody else would complain. But it was too late. I get a call from the school principal that night and he tells me the community is up in arms, and that I’m going to have to do a press conference in the morning.

The next day I meet with the school board, the superintendent of schools, representatives from the teachers union, the Fairbanks Daily News-Miner, public radio, and two television stations, and they all want an answer to one question: How’s this different from pornography? I tried to explain, but it didn’t matter what I said. So I offered to send the sculpture back to Spokane and cast a bronze parka for her, but they’d have to pay an additional $8,000 for those changes.

Just as things are heating up, John Pyle, the principal, walks over to the mermaid and takes a closer look. And he starts laughing. “You can see more on my daughter’s Barbie than you can see on this!” he says. And just like that, it was over. At least I thought it was: On the train back to Anchorage the next day, I heard Tom Bodett on the radio talking about a scandal in Fairbanks over a nude mermaid sculpture.

“Ken and I were once asked to perform work on a speculative basis. This, after working on the same project for the same client for several years running. Ken didn’t hesitate to say ‘No.’ He then went on to explain why doing spec work is a bad idea. He was right. And he’s proof you can always trust a man wearing suspenders.”