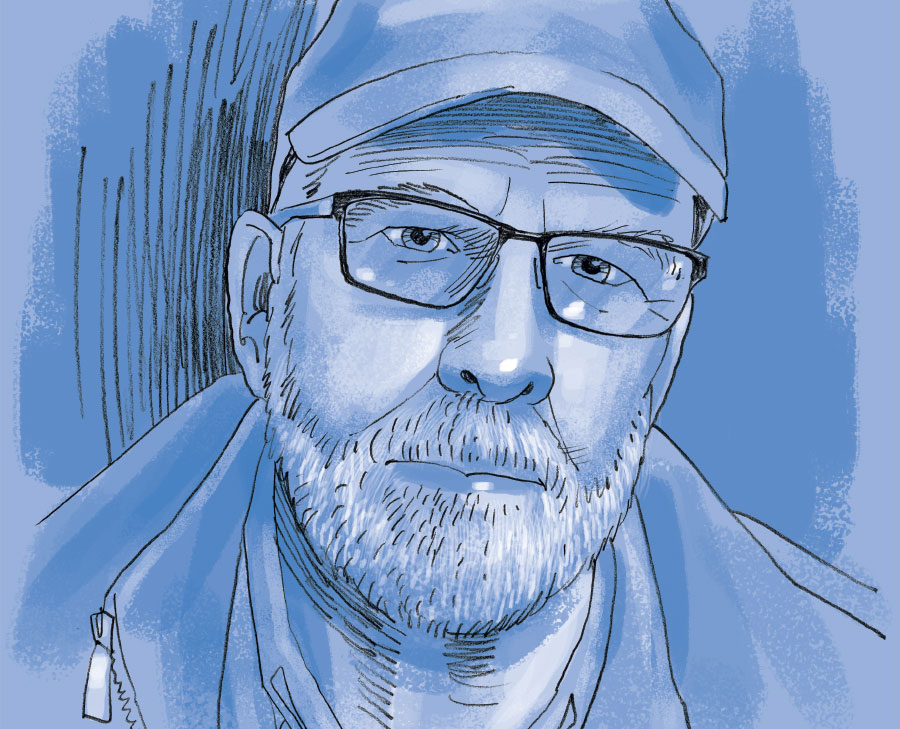 Every 90 days I get a check from MGM and United Artists – residuals from playing the UPS man in Benny & Joon. $15-$35, depending on the sales. Not only that, I got 12th billing!

I’d read in the newspaper that they were going to be bringing a company of actors up to Spokane to do a movie. They were going to cast a few local roles, like the video store owner and the UPS man. On the day of auditions, 4,000 people stood in line around the Convention Center trying to get a shot. But I knew the name of the casting director and where the production office was located. So I showed up with a cardboard box and a clipboard. I said, “I’m looking for Rick Montgomery.” A guy pointed and said, “Through the wardrobe department, past the set shop, all the way in the back.” So I walk right in and I say, “You Rick Montgomery? Sign here.” I give him the box and I’m out – because UPS drivers don’t hang around. Rick opens the box a few minutes later and there’s my 8×10 and résumé. He thought I was the UPS man before he knew I was an actor looking for work. A couple of hours later I get a call to meet the director.

On the first day of shooting, there were four actors on the set: Aidan Quinn, Oliver Platt, William H. Macy, and…me. If you watch the movie – and I hope you do because I’ll get another quarter of a penny – at the end credits there’s a brief moment where all these names are on screen at the same time, from Johnny Depp to Don Hamilton.

It’s not as much of a fluke as it sounds. I studied set and lighting design and acting at the Pacific Conservatory of the Performing Arts and at UC Irvine, then worked for years at the South Coast Repertory Company in Costa Mesa. So I’m completely ill-equipped for what I actually do for a living.

“I had been at an ad agency less than a week, and, at the tender age of 22, I was already art directing my very first commercial shoot, a table-top image for Hollister-Stier Labs. So when I showed up at Don’s photography studio, I had no idea what to expect. Turns out I got to work with the most gregarious person I’ve ever known – then, and even now.”